TIGIT: A Key Inhibitor of the Cancer Immunity Cycle

T-cell immunoreceptor with Ig and ITIM domains (TIGIT) is one of the most recent immune checkpoints to be investigated as an immunotherapeutic target. TIGIT is a transmembrane glycoprotein receptor and consists of a short extracellular domain containing one extracellular IgV domain fused with a type 1 transmembrane region and two immune receptor tyrosine-based inhibitory motifs (ITIM). It is expressed on activated and memory T cells, NK cells, and Tregs.

The TIGIT IgV domain possesses distinctive (V/I)(S/T)Q, AX6G, and T(F/Y)PX1G submotifs that mediate a ‘lock and key’ trans-interaction with cis-homodimers of PVR. TIGIT and its ligands, PVR and PVR-L2 comprise a novel immune checkpoint which blocks T-cells from attacking tumor cells and is similar in structure and function to the inhibitory protein PD-1. 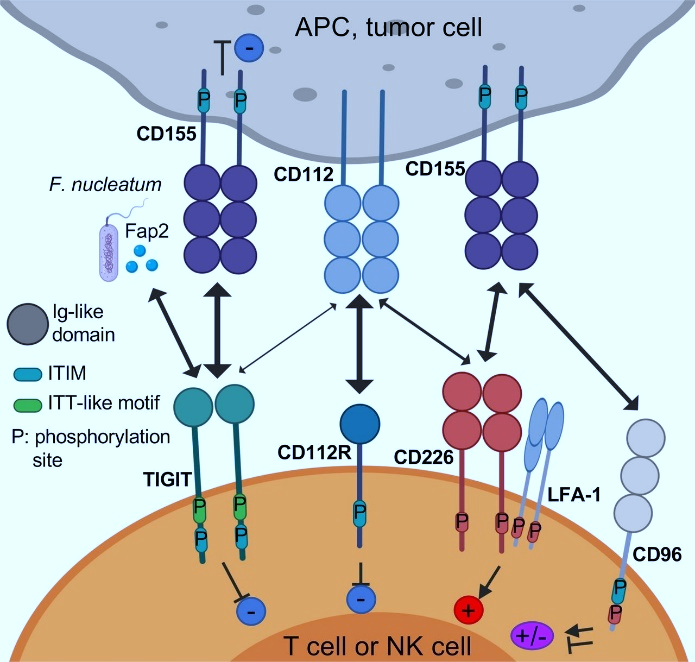 TIGIT is expressed on multiple immune cell types, with potentially different functions on each. Immune activation of TIGIT-expressing cytotoxic T cells and natural killer (NK) cells is suppressed when TIGIT interacts with its ligands, PVR, or PVRL2, which are widely expressed on tumor cells. Expression of TIGIT on regulatory T cells enhances their immunosuppressive function, with indirect effects that include inhibition of proinflammatory cytokine production. TIGIT also directly suppresses the antitumor effector function of CD8 T cells. 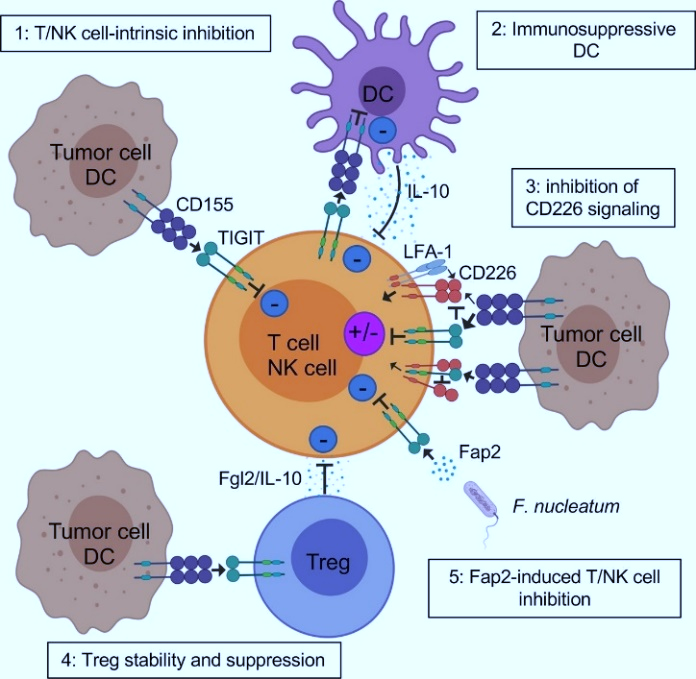 Fig.2 Mechanisms of TIGIT inhibition of T cells in the TME.

TIGIT has explored its roles in cancer, autoimmunity, and viral immunity. TIGIT expressing CD8+ T cells are expanded and associated with clinical markers of HIV disease progression in a diverse group of HIV infected individuals. The pathway formed by TIGIT, CD96, and costimulatory receptor CD226 (DNAM-1) is analogous to the CD28/CTLA-4 pathway. TIGIT, along with LAG-3 and TIM-3, form a group of coinhibitory receptors considered to be the next generation of clinical cancer targets following the notable yet limited success of CTLA-4 and PD-1 inhibitors. Co-blockade of TIGIT and PD-1 pathways elicit tumor rejection in preclinical murine models.

Dual PD-1 and TIGIT blockade is promising combinatorial immunotherapy of cancer. The dual blockade enhances the proliferation and function of tumor antigen-specific CD8+ T cells and TILs isolated from patients with melanoma as compared with single blockade. The combination of atezolizumab (anti-PD-L1) and tiragolumab (anti-TIGIT) appears to provide superior clinical benefits as compared with PD-L1 blockade alone as first-line therapy for patients with PD-L1-positive non-small cell lung cancers. 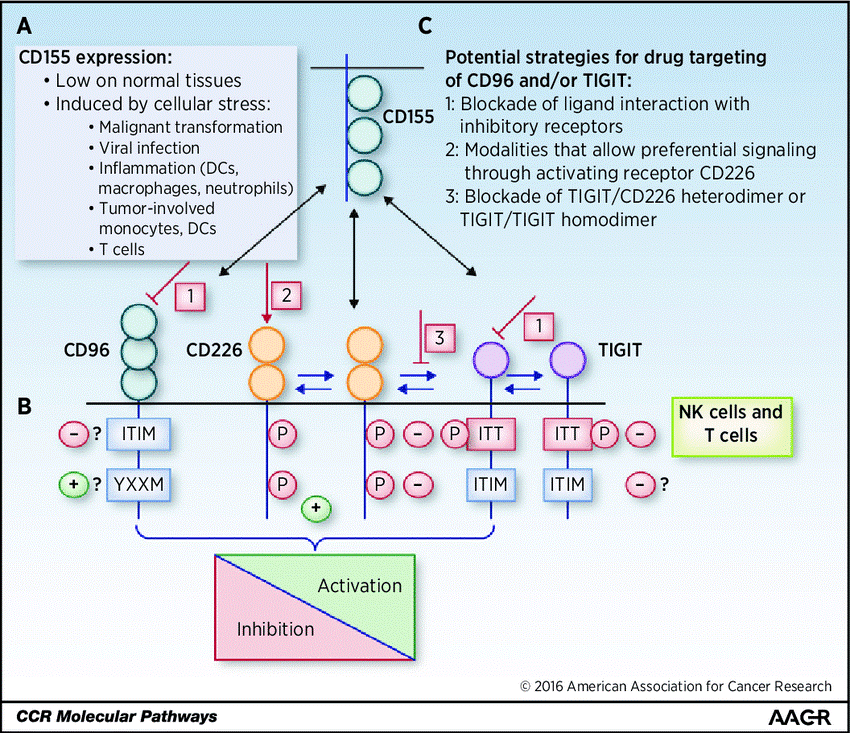 As a key inhibitor of anti-tumor responses, TIGIT can hinder multiple steps of the cancer immunity cycle. Pre-clinical studies indicated that TIGIT blockade may protect against various solid and haematological cancers. Several monoclonal antibodies that block the activity of TIGIT have been developed.

Tiragolumab (MTIG7192A) is a humanized IgG1 kappa monoclonal antibody that binds TIGIT to prevent its interaction with its ligand PVR. It was developed by Genentech/Roche.

MK‐7684 is a humanized IgG1 antibody, which binds to TIGIT and blocks its interaction with CD155 or CD122.

BMS-986207 is a human IgG1 (FcyR‐null) antibody that binds to TIGIT expressed on several types of immune cells. It was developed by Bristol-Myers Squibb.

ASP 8374 is a fully-human monoclonal IgG4 that was developed by Astellas Pharma and Potenza Therapeutics. ASP 8374 is an anti-human TIGIT antagonist with diminished FcgR binding.

For research use only, not directly for clinical use.